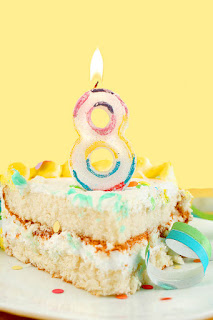 I’m Turning 60… continues to be more popular than its older ’sibling’
Winnipeg is Better Than Chocolate!
Really!!
I’m Turning 60… - with 1002 posts - has had an amazing 544,689 visitors since July, 2010, when Blogger started keeping track of both blogs.
That's more visitors than its ‘elder sibling’.
The Winnipeg blog has had 2,706 posts, and received a bit over 371,000 visitors.
Quite the growth for this little blog!
Thank you for visiting and for telling your friends!

Okay… enough with the numbers.
Let’s get back to the recipes which deserve the credit for all these visits!

Please, if you haven’t already, do try the recipes on these lists.
They’re not popular recipes because people don’t like them!

If you’d like to compare the growth and changes from last year, here are the stats from 2016.

Since I don’t post on a daily basis, why not become a subscriber?
By submitting your email address you won’t miss a post.
And you won't miss anything interesting happening in the night sky.
It’s easy and free to sign up!

I'd also like comments.  Really.
It's easy to do.  Just click on Comments and write.
Or message me on Facebook.
Tell me what you want to know about.
Would you like more holiday recipes, or more easy, cheap, quick meals or…?

Thanks again for visiting!
Hope to see you again real soon!
Posted by Margaret Ullrich at 7:57:00 AM 4 comments:

One thing I do not like about living in the prairies is the sudden arrival of the seasons, Winter and Summer, with a definitely short amount of time given to Spring and Fall.

Yesterday we were enjoying a comfortable Autumn day - the air was crisp and the leaves were golden.
Today we awoke to find snow covering everything.
Ah… October in the prairies.

One can’t assume there will be a long stretch of time before true winter weather hits.
I’ve already put my garden to bed and started packing away yard ornaments.
Another summer has flown by, and winter is fast approaching.

Last week I got a start on my Christmas baking.
Well, the oven was going with the Thanksgiving pumpkin pies, so I decided to make use of the oven’s heat for a fruitcake, so that it would have plenty of time to age.
I made a White Fruitcake, the one that has a cup of shredded coconut in it.

After a few grocery shopping trips one comes to a realization - food often is not sold in the amount one needs - the hot dog buns are sold in a bag of eight, while the hot dogs are in a container of ten.
So it goes - one buys more of an item so there’ll be enough.

Coconut is not something I use regularly, like fresh fruit or bread.
If I just toss the leftovers on the shelf I know I’ll just forget about it, and buy another bag next year for another fruitcake.

The safest thing to do is to bake something with coconut in it for a dessert this week.
Something like Coconut Bread.
As Ma would say, Waste not, want not.

If you don’t have buttermilk in the fridge, you can make a substitute for baking very easily. Place in a measuring cup:
1 Tablespoon lemon juice or vinegar
Add enough milk to reach the 1 Cup mark.
Let sit 5 minutes (more or less) and use in your recipe.
No, this won’t work as a substitute if someone wants to drink a glass of buttermilk.

here are a few more recipes that can use that leftover coconut:

Place the mixture in the prepared pan.
Bake for 1 1/2 hours.
A toothpick inserted into the centre of the loaves should come out clean.
Place the pan on a wire rack and let cool for 10 minutes.
Remove the bread from the pan and place the bread on a platter.

Slice and serve as is, or with butter and/or jam.

October 15 - The occultation of Regulus by the Moon. Before dawn, most of the contiguous U.S. (except the Pacific Northwest and parts of the Northern Plains) and Southeast Canada, and parts of the Maritime Provinces, will be able to see the Moon cover the bright bluish star, Regulus, known as the Heart of the Lion in Leo. See if you’re in the zone of visibility.

October 16 - Look to the east about an hour before sunrise to spot the tiny crescent Moon above Venus and Mars.

October 21 & 22 - The Orionid Meteor shower peaks ! This shower is the cosmic dust from the most famous comet, Halley’s comet. The meteors appear to emanate from a point near the Orion-Gemini border in Orion’s upraised club, hence the name. This year should be very favourable for viewing as the moon is just past new phase so skies will be dark. View overhead from 1 to 2 a.m. local daylight time until dawn; you may see 20-25 meteors per hour!


October 22 - Look an hour after sunset to spot the crescent Moon, the planet Saturn, and the star Antares low in the southwest horizon.
Posted by Margaret Ullrich at 4:35:00 PM No comments:

Well, here we are… October.
There’s a nip in the air, and bright colours on the trees.
And, if you live in Canada, next week is Thanksgiving.

I know, after a certain age, it doesn’t feel like a whole year has passed since we celebrated last Thanksgiving.
Or a whole year passing for any holiday, for that matter.
Be that as it may, a year has passed, and it’s time to prepare another big family dinner.

One of the tricks Ma used to make the main dish go further when the family gathered was to serve a pasta course first.
Ma always had homemade stuffed shells in the freezer to add a bit of heft to her regular meals.
If it was a holiday meal, she would also make a pan of lasagna or manicotti.
Ma believed that if we filled up on something like manicotti, there’d be more turkey left over for another dinner or, at the very least, for sandwiches.

New at stuffing tubes?
It’s easier to cram a bit in from each end.
You can either use a spoon, or place the filling in a plastic bag.
Using scissors, cut a corner from the bottom of the bag.
Fill by squeezing the filling mixture into both ends of each tube.

You can also prepare stuffed manicotti in advance and freeze.
If you're in a cooking frenzy, make extra for another dinner.
For frozen stuffed manicotti, an hour in a 350º oven usually did the trick.

Have on hand
3 Cups tomato sauce

In a large pot place
4 quarts water
Over high heat bring the water to a boil.
Add
salt to taste
Add
225 grams manicotti tubes (14 tubes)
Cook, stirring occasionally, until the pasta is al dente.
Drain the tubes and rinse with cold water.

Place a thin layer of tomato sauce in the bottom of a 13 x 9 x 2 inch baking pan.
Carefully stuff the manicotti tubes and place them in the baking pan.

Cover and bake 45 to 50 minutes, until the manicotti is heated through.
Serve hot with available (optional)
grated Romano or Parmesan cheese
hot tomato sauce

Ma’s Green Bean Salad is a good side dish with the manicotti.

It’s also a good idea to serve some crusty bread on the side to sop up the sauce...
…and to stretch out that first course.

October 5 - At 2:40 p.m. EDT, the Moon officially turns full. And because this full Moon is the one that occurs nearest to the autumnal equinox (which was September 22) it is christened the Harvest Moon.

Usually the title of Harvest Moon goes to the September full Moon. But from 1970 to 2050 the Harvest Moon falls in October no fewer than 18 times. And 2017 is one of those years.

While the average occurrence of an October Harvest Moon is once about every three years, sometimes as much as eight years can pass between such cases (examples: 1990 to 1998; 2028 to 2036). On alternate years, the October Moon is traditionally known as the full Hunter’s Moon.

October 7 & 8 - The annual Draconid meteor shower, also sometimes called the Giacobinids, will peak. Usually a moderate meteor shower originating near the constellation Draco, the Draconid meteors are created by dust left behind by the periodic comet Giacobini—Zinner. This shower is best viewed in the evening hours. Watch for the Draconid meteors first thing at nightfall – or before the bright Moon rises.
Posted by Margaret Ullrich at 1:33:00 PM No comments: