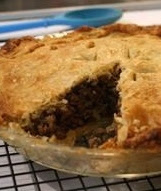 On Sunday we enjoyed a day at Festival du Voyageur.
We were celebrating a very important part of Manitoba’s history.
The festivities took place in St. Boniface, the home of Winnipeg’s French community.
We had a lot of fun and enjoyed some great food including tourtière.

When we moved to Winnipeg in 1975 we learned about Saint Jean Baptiste Day.
In 2014 I posted the recipe for Tourtière, which had been given to me by a neighbour.

Ma regularly served meat pies as a dinner dish when I was growing up.
In addition to the traditional Maltese Corned Beef Pie, Ma would make meat pies using whatever she had in the house.
Both her corned beef and meat pies were very good.

Tourtière is a meat pie recipe which was created in Quebec.
The name comes from the dish in which it was originally cooked, a tourtière.
What went into the dish depended upon what was available locally.
Well, the recipe travelled across Canada and throughout the New England area, and - just as with any really good Maltese recipe - each area added its own special touch.

On the coast, including the New England states, tourtière is made with fish, such as salmon.
In Saguenay-Lac-Saint-Jean and Eastern Quebec the tourtières are deep-dish meat pies made with potatoes and various meats, including wild game, cut into small cubes.

In Montreal tourtière is made only with finely ground pork. After the meat is browned, water, cinnamon and cloves are added to the filling.
It is served with any of the following: ketchup, maple syrup, molasses, mango chutney, or cranberry preserves.
Acadian tourtière is a pork pie that may also contain chicken, rabbit and beef.

Here in Manitoba tourtière is regularly served during the holidays in Francophone communities. The browned meat is then well seasoned before being added to the crust.

Basically tourtière is a delicious way for thrifty housewives to use whatever they have on hand.
Now that is something Ma would really have understood!

The dough for the crust can be made two days in advance.

Don’t skip chilling the filling. This prevents the crust from becoming soggy.

The dough that is leftover from trimming can be used to make decorations for the pie.
Either roll flat and use cookie cutters or roll the dough into a rope to make spiral decorations.

To freeze an unbaked pie: wrap well and freeze for up to one month.
Defrost in refrigerator for 24 hours, then bake.

Sprinkle over the flour mixture
4 Tablespoons cold water
Using a fork stir and draw the flour from the bottom of the bowl to the top, distributing the moisture evenly into the flour.
Add more water by the tablespoon until the dough is moist enough to hold together when pressed together.
Divide the dough into two pieces, making one piece slightly larger than the other.
Flatten into 1/2 inch thick disks, and wrap each piece in plastic wrap.
Chill for 30 minutes, or up to 2 days.

In a dutch oven place
2 Tablespoons vegetable oil
Heat oil over medium-high heat.
Add
1 1/2 pounds ground pork, beef or veal or a combination
the chopped onion, celery and garlic, the sliced mushrooms, and the grated potato
Stirring frequently, cook until the meat is browned, about 10 minutes.
Add
2 teaspoons salt
1 teaspoon dried thyme
1/2 teaspoon pepper
Pinch nutmeg
Pinch cloves
Pinch cinnamon
Cook for an additional 5 minutes.
Remove the filling from the heat and chill in the refrigerator until cool, about 30 minutes.

While the filling is cooling:
On a lightly floured surface roll out the larger piece of dough.
Fit the dough into a 9 inch pie plate.
Spoon the cooled filling into the pie plate.
Roll out the remaining pastry and place it over the filling.
Seal the edges, then trim and flute the edges.
Cut steam vents in the upper crust.
Add the extra dough decorations (see hints).

Preheat oven to 425°F
Beat together
1 egg
2 teaspoons water
Brush the egg mixture over the top of the pastry, including the decorations.
Bake in the preheated oven for 10 minutes.
Leaving the pie in the oven, reduce the heat to 375°F.
Bake for an additional 45 - 50 minutes, until the pastry is golden.

Tourtiere Pie, in all its variations, is a delicious meat pie recipe.
I still prefer Ma’s Timpana recipe.
As I once said
Maltese cooking is heavy on simple carbs.
Maltese go beyond simple into downright retarded.
Well, I’m Maltese, not French.

Before sunrise, look south to see the waning crescent Moon, Antares and Saturn form a trio. Antares is the brightest star in the constellation Scorpius. Seeing Antares and Scorpius before dawn signals that the shortest days of winter are behind us.


February 28 – Look to the west at dusk to see the tiny, waxing crescent moon pair up with Venus. Then once night falls, grab your binoculars and try to locate the Mars and Uranus above the pair.
Posted by Margaret Ullrich at 9:26:00 PM 4 comments: 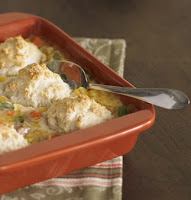 February 11 – The Penumbral Eclipse of the Moon. This eclipse favours the northeastern United States and eastern Canada, where the Moon enters the Earth’s outer (penumbral) shadow soon after moonrise.
For the rest of the United States and Canada, the eclipse will already be underway as it rises. The Moon will be passing through the southern part of the Earth’s shadow and at maximum its upper limb will come tantalizingly close to the much darker central shadow (the umbra).
So at maximum, a subtle, but perceptible dimming will be evident along the Moon’s upper limb.
Moon Enters Penumbra: 5:34 pm
Maximum Eclipse: 7:45 pm
Moon Leaves Penumbra: 9:53 pm
Magnitude of the Eclipse: 0.988
Posted by Margaret Ullrich at 2:57:00 PM 2 comments: