Living on the Edge by Margaret Ullrich - Pink Lady Recipe 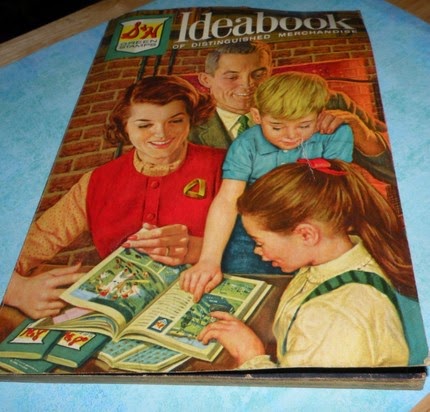 Yep, I’ve been living on the edge for the past couple of weeks.
Don’t get excited.  I’m almost 65.
But for me this is being adventurous.

A few months ago our local grocery store chain, Safeway, started a promotion.
For every $10 spent on groceries (and just about anything else in the store), the clerk would give a stamp towards a Zwilling J.A. Henckels Five star product.
Henckels makes very sharp knives.

It brought back memories of when my Ma collected S&H green stamps.

If you didn't live through that 60s craze that rivalled the Beatles, I'll explain.
Back then folks received little green stamps when they went shopping.
They were also given fat little books with pages that each had fifty tiny rectangles.
The books also had messages like:
S&H Green Stamps are your discount for paying cash. It’s the best way for any merchant to say ’Thank you for your patronage’.

Okay… our Moms would’ve preferred getting decent discounts, but the stamps - and what they could be exchanged for - were better than nothing.

Our Moms - or more often us kids - had to lick and place the stamps in the spaces.
After a couple of weeks word spread to lightly dab the stamps on a moist sponge.
Much better than tasting that awful glue backing.
When we weren't filling the stamp books, we - and sometimes our Dads - would flip through the S&H green stamps catalogue and argue over what was the best thing to get for all our efforts.

After bringing home stamps that filled dozens of books and enduring subtle - and not so subtle - requests, our Moms would exchange the books for an appliance.
Or maybe for something for the family to enjoy.
And bring home more stamps so we could start filling another book.


Hurrah for the twenty-first century!
The self-sticking stamps are quite an improvement.
And we don't need books filled with stamps to get a prize.
The largest knives required 150 stamps.
The smaller ones only needed 70.
I’ve actually earned enough for two very sharp knives.
My sliced oranges have never looked prettier.

Okay… I would’ve preferred decent grocery discounts.
But the knives were an upgrade from the ones I’d bought back in the 70s.
Who knew they could make a knife with a razor sharp edge?

I feel like Paulie Cicero, played by Paul Sorvino, in the movie Goodfellas.
I can just imagine how finely Paulie, while he was in prison, could’ve shaved the garlic if he’d had one of these knives.
And he wouldn’t have argued with the price.
The knives were FREE!!
Yes, Paulie would've cracked a smile for that, I'm sure.
Okay… I'm sure he would’ve preferred decent grocery discounts, but still...

Yep, I’ve been living on the edge.

Back to the twenty-first century... Valentine’s Day is coming.
I recently posted the recipe for Lava Cakes, a perfect dessert for two.
The post also has links for six romantic dishes for two.
Starches and main course dishes and a lovely dessert.
But what’s a romantic meal without an equally romantic drink?

A Pink Lady sounds about right.
It’s pretty and it leaves you sober enough to actually enjoy the evening.
If you get my drift.

A bit of history about the Pink Lady…
Some say interior architect and society figure Elsie de Wolfe invented it.
There was an Ivan Caryll's 1911 Broadway musical with the same name.
More recently it was rumoured that Hollywood star and sex symbol Jayne Mansfield drank a Pink Lady before her meals.
Maybe she also had a few for Valentine's Day.

A creamier version, invented in the 1920s, adds sweet cream.
In New Orleans this version was also known as Pink Shimmy.
In some recipes the cream replaces the egg white.
Sometimes lemon juice is added as well.

Whatever you want in it... the ingredients are shaken over ice and, after straining it into a glass, the cocktail is garnished with a cherry.
Or not.

About Tuesday’s full moon in Leo…
According to the folks at astrology.com:

An incredibly creative and romantic full Moon in Leo kicks the month off in style.
Aquarian ideals pull you toward friendship, while Leo's influence encourages you to stand out from the crowd.