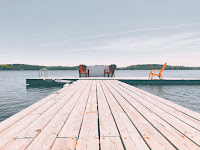 Someone once said Memory gives us the power to gather roses in December.

Forty years ago we ate our very first A & W teen burgers.
In honor of that anniversary, today we gathered our own roses.
We walked over to our local A & W for teen burgers for lunch.
Of course, we also had A & W root beers.

Tyndall Park is an area that has grown in the twenty-four years since we moved here.
There used to be large empty lots, even along the main road, Keewatin Street.
Back then there was one small shopping mall.
Safeway, the neighborhood's only major grocery store, was in it.

Sobey's opened up for business across Keewatin, opposite the Safeway.
A public library, a gas station (where one can pick up a cup of Tim Horton's) a Filipino Community Centre, a Shoppers' Drug Mart and a medical centre also set up for business on what was once an empty large space.

In 1988 Salisbury House was the only fast food place here.
Well, Sal's has been replaced by a Dairy Queen.
And the DQ is not alone.
There are also a KFC/Taco Bell, a McDonald's, a Subway's and an A & W in easy walking distance.
Both grocery stores also have a deli section.
Their rotisserie chicken meals are pretty good.
Sometimes they're on sale or have a bonus points / airmiles deal.

There are still five ponds in walking distance.
they're filled with geese and ducks.
But, they're surrounded by a lot more houses.
New developments have also opened.
Someone named a few streets after U. S. western spots, like Sonoma.
We've also got a few Mcmansions - more garage than house.
Well, Winnipeggers try to keep up with trends.

Forty years ago we were in the northwestern part of Ontario.
Pye's Landing is a trailer park in the wooded country north of Lake Superior.
Ten years ago we took my parents for a drive east on the TransCanada.
For old time's sake, we dropped into Pye's.
Just a quick look around.
It hadn't changed in thirty years.
My parents would have more calmly walked into a crack house.

Back to 1972... it was a nice sunny day.
I wanted to catch up on chores and letter writing.
Paul wanted to explore Lake Superior, so he rented a boat.

After I hung our underwear to dry on a chair near our trailer, I wrote.
Paul came back with a sunburn.
While he wrote to his parents, I made lunch and tried a bread pudding mix.
After lunch we went to explore Kenora.

Kenora was quiet, not as busy or as crowded as it is today.
The real estate prices amazed us.
By shore: 131 acres - $9,800.
That's buying - owning - land at $74.81 an acre.
We were used to New York real estate prices.
For $75 you could rent a room for a month.
In a not very pleasant area.
We wondered if all of Canada was this cheap.

I'm sorry... I have to quote this from my travel diary:
We saw lots of Eskimos.
Like I said yesterday, as New Yorkers we knew nothing about other countries.
As far as we knew, the natives in Canada were all Eskimos.
Blame the New York geography books.
We know better now.
Really.

We drove to an A & W.
Those were the days when they put a tray on your window.
Yes, they served you at your car.
It was like a scene from Happy Days.
Paul was so taken by the service, he tipped the girl forty cents.

That was a good tip.
According to my purchases list, the two teen burgers and sodas and tip
came to a grand total of $2.60.
Today A & W had the teen burgers on sale at two for $7.
The sodas were extra.
We bussed our trays to - and from - a small table.

Something about Ontario's towns made Paul go all musical.
In Saulte. Ste. Marie, Paul kept singing "Hub of the Soo" to Figaro.
On the way back from Kenora Paul kept going "hur hur hur" to the theme from Dragnet.
Well, it was his first A & W root beer.

Our campsite at Pye's Landing had all the comforts of home.
We could see the showers from our site.
They were clean and the water was hot.
There weren't as many mosquitos as at Trowbridge Falls.

Those $74.81 acres were looking mighty tempting.