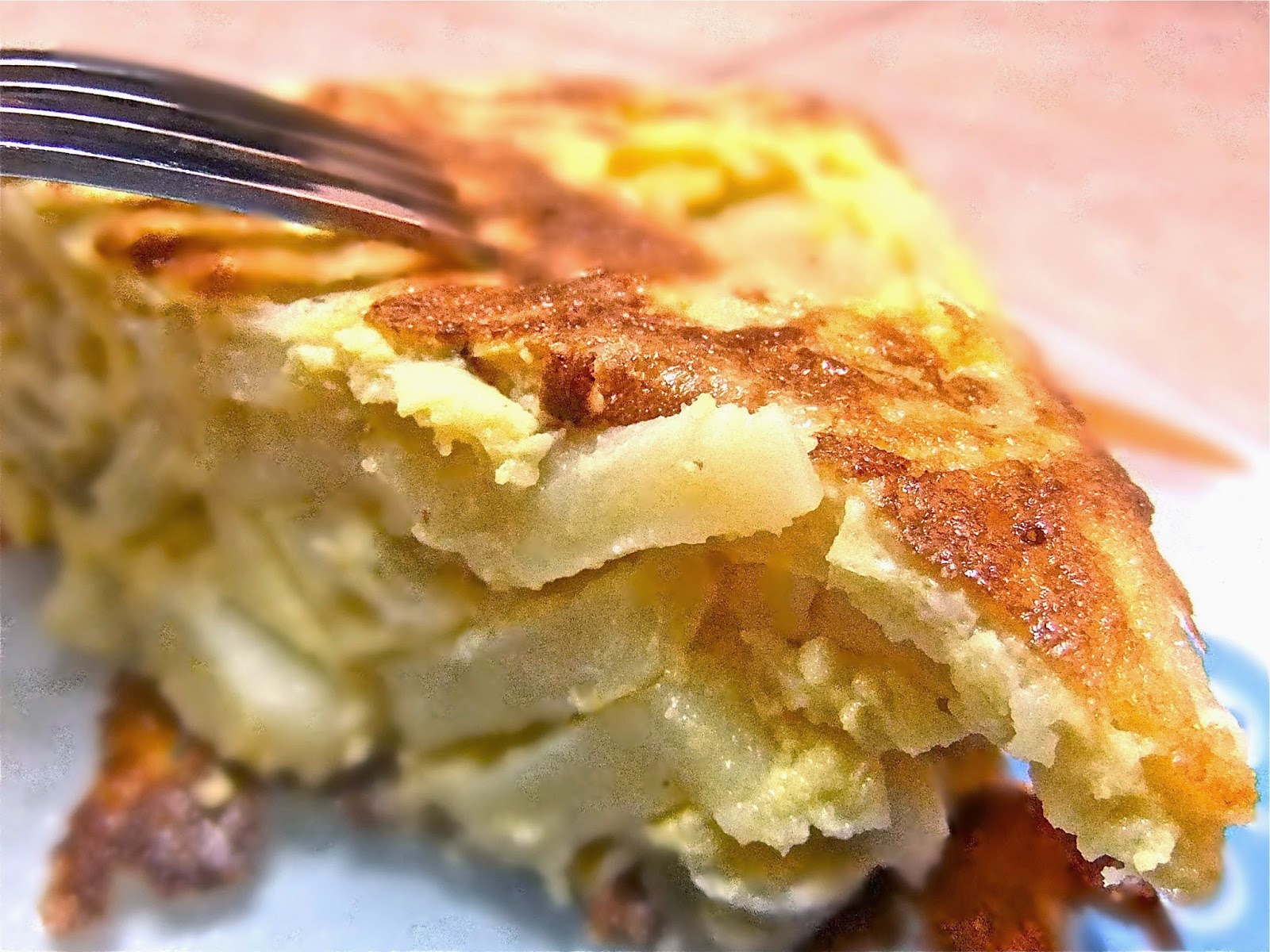 No, I didn't forget.

A little while ago I mentioned that Paulie Walnuts had said that he makes the guys a potatoes and eggs sandwich to improve their morale.

He also said:  I like to cook for my friends and associates at work. On a cold day down at the shop, I'll cook up a nice beans and 'shcarole soup and warm our collective cockles, so to speak.

Why he didn't work for Artie instead of Tony we'll never know.
He wrote a half page on Rules for Sanitary Cooking and Cleaning.
Maybe Artie didn't measure up.

Anyway, without further ado, here's Paulie's Potatoes and Eggs Sandwiches from his
chapter My Nucci in Artie's The Sopranos Family Cookbook.
And you know why I gave the credit to Carmela.
Clean as Paulie is, he just doesn't have the image Carmela has.

Cut in half
3 medium potatoes, peeled
Slice each half into 1/4-inch thick slices.
Pat the potatoes dry with a paper towel.

Pour into a large skillet
1/4 Cup olive oil
Heat the oil over medium heat.
It should sizzle when you put a piece of potato in it.
Place the potatoes in the oil.
Cook, turning frequently, until the pieces are tender, about 10 minutes.
Sprinkle with
salt

Beat
8 large eggs
Add
salt and pepper to taste
Pour the eggs over the potatoes.
When the eggs have almost set, turn the potato / egg mixture.
Continue turning the mixture and cooking until the eggs are done.

Cut a lengthwise slit in
1 loaf Italian bread
Pull out the soft part.
Fill the bread with the potato / egg mixture.
Cut the loaf into 4 sandwiches.
Serve hot or warm.

Would I make Potatoes and Eggs Sandwiches again?
Yes and no.
I've cooked the potato / egg mixture dozens of times.
And served it on a plate, with toast, for a brunch.

Paulie's talking about his Ma and this recipe reminded me of Ma's Spaghetti Pie.
Which I also served on a plate.
Without the toast.
And so should you.

One recipe down.  Fifty-one more to go.