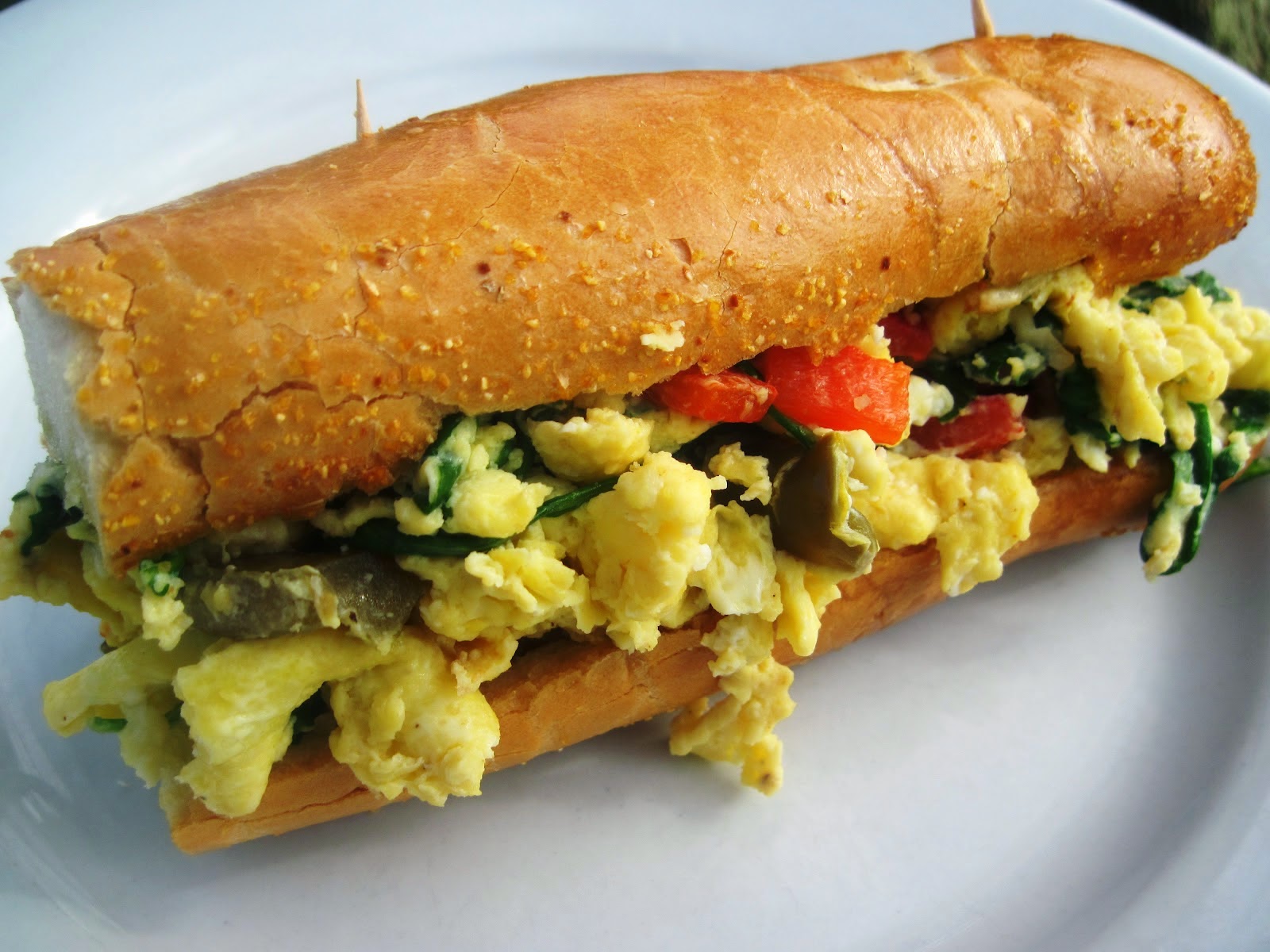 Bought more peppers than you used for the marinating peppers recipe?

Back to Paulie's chapter My Nucci in Artie's The Sopranos Family Cookbook.
No, this isn't the potatoes and egg sandwich recipe.
But it's a great way to use peppers.


If you'd like to be a bit neater, you can dice the pepper strips.
Diced peppers are also nice in a salad.

I will get to the potatoes and egg sandwich recipe.

While the peppers are cooking, beat
8 large eggs
salt and pepper to taste
Pour the eggs over the peppers.
Let the eggs set.
Turn the peppers and eggs.
Allow the eggs to set.
Stir and cook until the eggs are done.

Cut a lengthwise slit in
1 long loaf Italian or French bread
Pull out the soft middle.
Fill the bread with the peppers and eggs.
Cut into 4 sandwiches.  Serve warm.

Would I make Peppers and Eggs Sandwiches again?
Of course.
It beats the hell out of Cheese Whiz.
As does the potatoes and egg sandwich recipe.
Yes, I will get to it.

One recipe down.  Fifty-four more to go.