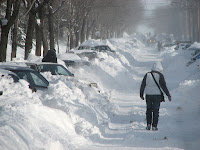 Lots of old favourites.
And many Taurus stars, I was proud and happy to notice.

The Oscars show is a regular 'must see' show for us.
On April 10, 1972, two days after we had married, we were watching The Oscars.
Helen Hayes, Alan King, Sammy Davis, Jr. and Jack Lemmon were hosting.
The French Connection was the best movie.

On March 30, 1992, while vacationing in Regina, we watched The Oscars.
The Silence of the Lambs was the best movie.
Billy Crystal was hosting.
Yes, that's when his City Slickers' co-star Jack Palance did one-handed push-ups.

Anyway, in 1999 the ceremonies were moved from Mondays to Sundays.
Some said the film industry wasn't happy because it cut into the weekend box office.
In 2004, the show was moved from around April 1 to around March 1.
We are talking moving pictures, so I guess it's to be expected that they'd be moving.

Thirty-eight years ago February 27 was the last day of our move to Winnipeg.
We awoke in Regina and only had 571 kilometers more to drive.
We were quite happy to have made it through the mountains.
Paul even composed a giddy little ditty, to the tune for
Nothing could be finer than to be in Carolina in the morning.
His ode to the capital city of Saskatchewan went like this:
Nothing could be finer than to be here in Regina in the morning.
Okay… it was funny the first dozen times.

Regina, the second-largest city in Saskatchewan, is a cultural and commercial centre.
Once called Pile o' Bones, it had been a tent settlement on a treeless plain near a small, winding creek.
Regina attained prominence in 1885 during the North-West Rebellion when troops were transported on the CPR before marching to the battlefield in the Northwest.
The rebellion's leader, Louis Riel, was tried and hanged in Regina.
Riel is now regarded as a founder of Manitoba.
A week ago, on February 18, we had a holiday in his honour.
So it goes.

The Legislative Building in Regina is similar to the Legislative we have in Winnipeg.
They don't seem to have Hermetic code tours in Regina.
Just as well.
Regina now has an urban forest of more than 350,000 hand-planted trees.
It was renamed Regina in honour of Queen Victoria.
More classy, but I do wonder what Paul could have done with Pile o' Bones.

About a half hour out of Regina we were in the Qu'Appelle Valley.
The stuff of poetry, Qu'Appelle Valley is a popular tourist area.
Part of the attraction is that the surrounding area is flat farmland.
If one lives on the flat prairies, after a while one just needs a change of scenery.
Trust me.
The Qu'Appelle River flows east from Lake Diefenbaker in Saskatchewan to the Assiniboine River in Manitoba.
Yes, we were heading in the right direction.

Moosomin, 230 kilometres east of Regina, hadn't changed much since 1972.
Well, in the 1970s, a lot of Saskatchewan looked like something out of Corner Gas.
We drove around a bit, just to see something - anything - other than the highway, then we headed east.
Yes, we'd been through this area before, going in the opposite direction.
When we were moving in 1972 we just zipped through from Winnipeg to Moosomin.
We had noticed the cute little round containers by the TransCanada Highway.
And that was about it.

Driving along the Assiniboine, we reached Brandon, Manitoba's second largest city.
We knew we were in Manitoba, in the home stretch.
Brandon has an interesting history.
One can take a walking tour of their historical buildings.
We didn't feel like being tourists that day.

We had had a life plan that was supposed to be in effect until we were 100 years old.
Now we were moving.  Again.
Retracing half of our transcontinental drive.
Why the hell had we bothered crossing those damn mountains in 1972?

We didn't talk much during this trip.
Partly because this time the journey was so unpleasant.
Driving through mountains during the winter is something for the professionals.
Especially if you're dragging a box with everything you own.
No way could we pretend this four-day trip was a vacation.
No.  Plan A had screwed up, and we were going on to plan B.

We also didn't make any long range plans during this trip.
I mean, what was the point?
Maybe the planning had jinxed our stay in British Columbia.
This time we would just take things as they came.
As they say, Man plans, God laughs.
Well, we were tired of being the butt of a joke.

We soon found ourselves driving through Portage La Prairie.
Portage la Prairie is a small, pretty, but somewhat peculiar city.
It is one long, long main street with businesses straddling the TransCanada.
It has a museum and a very pretty park called Island Park which, in the winter,
becomes an Island of Lights.
Portage la Prairie is a nice place to spend a day.
We just were not in the mood that day.

We drove straight through to Winnipeg.
We had a job and an attic apartment - a room, a kitchen and a shared bathroom - waiting for us in Winnipeg.
The apartment was about half the size of our basement suite in Surrey.
We had a dog, a spaniel pomeranian, named Peaches.
Mr. R., the landlord, allowed pets.
We had paid the month's deposit and the rent for February.

We got to the walkup at about 4 pm.
There was a caretaker, but we had to find Mr. R. for our key.
We drove to his house and left a message saying that we had arrived.
Then we drove back to the walkup and waited.
Finally Mr. R. arrived and allowed us into our apartment.
At the age of 24 we hadn't had experience or sense enough to demand the key when we had given him our rent and deposit.

We parked in front of the entrance gate and started unpacking.
Mr Brown, a single retired fellow who lived on the second floor, greeted us.
Then he told us to not park on the street as there was an overnight parking ban.
He also showed us where we could plug in our truck.
We didn't know what he was talking about.
We believed him, thanked him, parked behind the house and continued unpacking.
We'd figure out what parking bans and plugging in cars meant the next day.

We were just grateful that we didn't have to drive any more.
This had been our fourth day on the road, and we had had our fill of driving:

Day 2 - from Trail to Lethbridge, Alberta

Day 3 - from Lethbridge to Regina, Saskatchewan

And now we were going to make our home in Winnipeg.