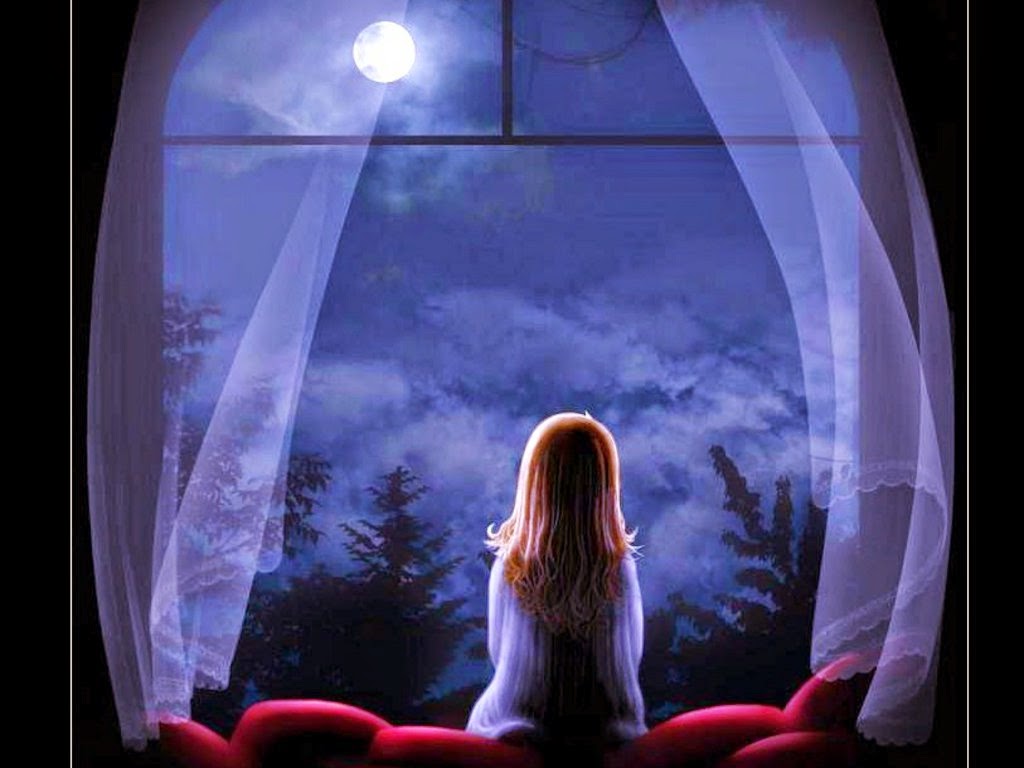 When I was a baby my family moved from Malta to America.  Pop's brother and sister were in Corona.  So, we had to live there, too.

In Corona everyone spoke Italian.   The stores had Italian food.  Corona was where we learned how to be Americans.

Nonni’s children had married Pop's brother and sister.  On Christmas Eve we gathered at her home.  Her manger scene had everything and filled a whole corner of her living room.  Each year Nonni added something: a woman carrying a basket of eggs, a farmer carrying a cabbage, a man carrying a bundle of wood.

Christmas Eve Dinner was a feast, with eel for the parents, and fish for us.  There was also a ricotta pie, biscotti, strufoli, chestnuts and torrone.  My favourite was the mound of strufoli: tiny doughnuts covered with honey and sprinkles.  After dinner we would play games until it was time to walk to church. The evening ended with panettone, bread made with butter, raisins, almonds and citron.

Christmas Eve was wonderful.  But the big day was January sixth.  We would hang our socks and wait for La Befana to give us toys.

La Befana was an old lady who had been sweeping her house when the Wise Men knocked on her door.  They invited La Befana to join them, but she refused, saying she was busy.  That night a light and angels appeared in the sky.  La Befana realized something special was happening.  She could not find the Wise Men.  Every year she searches and leaves presents for good little boys and girls.

La Befana had taken care of me for four years.  Then we moved to College Point to be closer to Pop’s job.  Soon it was time for my sister to be born.  While Ma was in the hospital I stayed with Nonni.  The next day, Nonni took me to the store and gave me a quarter.
"Buy for sister."
I liked westerns on television, so I grabbed a toy gun.
"No.  A rattle."
A rattle?  That was boring, but I bought a pink plastic rattle.

Children were not allowed to visit in the hospital.  When Nonni visited Ma, she gave the rattle to my sister.  I was outside and waved to the window of Ma's room.  When Nonni returned she had a gift from my sister for me: three pieces of chocolate.
Well, wasn't that nice of her.

After Rose was born it was easier to walk to the church in town.  I missed seeing my family.  Then I started kindergarten.  College Point had Irish and German families.  I started to learn about their America.

As Christmas got closer the windows of the German bakeries filled with the most beautiful cookies I had ever seen: stars, angels, animals and wreaths, decorated with coconut, jam, icing and tiny silver balls.  My friends brought in their mothers' baking.  I thought a German Christmas was delicious.  The stollen reminded me of panettone.  I brought some biscotti.  My friends tasted the dry bread and smiled.

We helped Sister decorate the Christmas tree with cookies.  Then Sister told us to gather around to hear a story.  She showed us the picture of Santa Claus and his reindeer.  My friends were delighted.

I had never heard of Santa, who slid down the chimney and landed in the fireplace.  We didn't have a fireplace.  We had a big oil burning furnace in the basement.  Ma hung all the laundry on a rope near it.  It made awful noises and had a fire in it.  If Santa landed in the furnace he would fry like a strufoli.  That could end Christmas for everybody.  I didn't think Santa would take such a risk for a stranger.  The cookies felt like rocks in my stomach.

Sister said Santa had a list of good girls and boys.  Since I wasn't a citizen I was on the Registered Aliens list.  Could Santa get my name from that list?

We were told to put our letters to Santa in the special mailbox.  A letter?  What language did Santa speak?  He had never heard from me.  What could I say?  "Hi, you don't know me, but I'd like some toys."

If La Befana tried to come to College Point to give me toys, would Santa shoot her?
Sister had said to tell God, who took care of everything, what we needed.  My Pop was always busy.  I just knew that this God would not have time for me.  I needed a Grandma.

I told Nonni about Santa and the new rules for Christmas.
She repeated, "Santa Claus.  a letter."
I nodded.
Nonni  smiled.
"I fix.  I write to Befana.  She give to Santa.  Christmas come."

I could not believe her.  Maybe nobody ever had to change to Santa Claus.  Maybe I had lost Christmas forever.

On Christmas Eve we gathered at Nonni’s.  After dinner we went to Mass.  Everything was the same.  I wished we could have stayed there.

When we left the church I saw a pale cloud.  It was long and thin, with a lump on one end.  I kept looking at it as it followed us to Nonni’s house.

From the car I watched the cloud follow us to College Point.
Did clouds always follow people?  Was it really a cloud?  Sister had said that Santa had helpers called elves.  Could it have been an elf taking the letter to Santa?

On Christmas morning Ma was cleaning my sister.  Ma told me to get dry diapers.  I went down to the basement and pulled down two.  Then I noticed lumps by the furnace.  I thought they were clothes and went to put them back on the line.