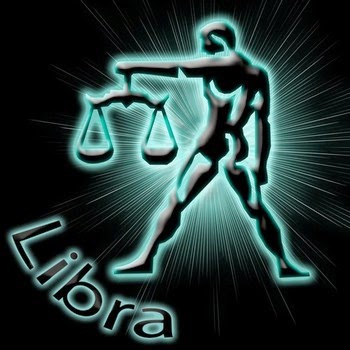 About a month ago I said goodbye to summer, but yesterday was officially the start of Autumn.
The Sun entered the constellation Libra and that marked the Fall Equinox.

Equinox is from Latin and means equal.
Day and night were equal yesterday, for both sides of the equator.
Makes sense.
Libra is a sign most interested in equality and fairness.
Being equal for everybody like that is just being fair or just being a Libra.

A friend asked if I really believe in all this astrology stuff.
In the play Hamlet Horatio has a hard time believing he’d just seen a ghost.
I agree with what Shakespeare had Hamlet say: There are more things in Heaven and Earth, Horatio, than are dreamt of in your philosophy.
Now the ghost was pretty much a major player in Hamlet.
So, whether or not Horatio believed, the ghost was calling some of the shots.
...there are more things in Heaven and Earth…

There is a bit of science to all this star gazing.
Libra is home to the star Gliese 581, which has at least 6 planets.
Gliese 581 c is the first Earth-like extrasolar planet that’s been found.
Both Gliese 581 d, and Gliese 581 g might support life.
So, maybe, there’s life outside of the Solar System.
There are more things in Heaven and Earth…

Actually we’re slightly premature in greeting Libra and Autumn now.
As of 2002, the sun is in Libra from October 31 to November 22.
Seems every 2000 years or so, the constellations get moved up a month.
Just a few years ago we were singing about the dawning of the Age of Aquarius.
So, thanks to Aquarius, the signs are a little off schedule.
But we’re used to saying it’s time for Libra on September 23, so we still do that.
So it goes…

Back to the astrology... what do I really believe?
As I get older I find myself open to believing things I had been told were wrong, or were not to be believed or respected, when I was a kid.
And I also find myself having second thoughts about things which I had been told I just had to believe.

I'm not impressed by dogma as much as I used to be.
Now I find some doctrines of faith to be at most just someone’s opinion.
If it is someone's philosophy or religion, no problem.
That's fine for him or her, but not necessarily for me.
So it goes…

About tonight’s new moon in Libra…
According to the folks at astrology.com:
In the social sign of Libra, be sure to invest your time and energy in any relationship you'd like to see grow and become more important in your life.
If you're in a partnership, time spent together now will strengthen your bonds.
Single? This new Moon provides a wonderful chance to meet someone new!
The power of the new Moon remains until the moon is full in Aries on October 8.

When Pluto turned retrograde on April 14, circumstances and people required extra attention, and you may have needed to let go of a worn-out lifestyle.
Hopefully, you've taken time over the last five months to re-orient yourself and reconsider some of your ideas.
Now, as Pluto turns direct, you're ready to make progress, just don't move quickly.
Take time to assess your options so you can put a step-by-step plan in place.

There are more things in Heaven and Earth…
Posted by Margaret Ullrich at 6:17:00 AM

Email ThisBlogThis!Share to TwitterShare to FacebookShare to Pinterest
Labels: Being 64, Gardening, Margaret Ullrich