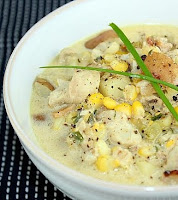 Wednesday was quite a busy day.
It was both Valentine’s Day and the first day of Lent.

As Valentine’s Day celebrates love, I think that even the Pope would understand the importance of celebrating properly with your nearest and dearest.
Let’s not forget that St. Paul is known to have said that the greatest virtue is love.
Surely he would've said that it would be a sin to ignore SAINT Valentine’s Day.

And then there was Chinese New Year on Friday.
As your behaviour on New Year’s Day sets the tone for the whole year it was important to set the right tone for the next 12 months.
Joy is better than gloom, especially when you’re going to affect how a whole year is going to be.
So, of course, it was your duty to celebrate that day.

But now we’re looking at Lent.
Oh, well, that can include delicious food, too.
This post has recipes for Traditional Maltese food for Lent and Easter.
Lent is about penance, not self abuse.

As soup is always best the second day, why not double the recipe?
You can have a second meal set for another day.

This soup works best with fish that has a bit of heft, such as cod, salmon or haddock.
If you’re using a fish that has bones and you're worried about the bones, you can remove the fish after it’s been cooked and pass through a sieve or whirr in a blender.
The bones in canned fish are safe to eat and don't have to be removed.
Perfect for when you're in a rush.
And who isn't?

To vary the flavour, you can chop 2 or 3 slices of bacon, and fry them instead of melting the butter.
Or you can fry the bacon pieces in the butter.
If you want the soup to have a even more richness, you can use 2 Cups cream instead of milk, or 1 Cup each of the milk and cream.

In a dutch oven melt
2 Tablespoons butter
Add
the finely chopped vegetables
Cook over a low heat, stirring often, for 5 minutes.
Add
2 Cups water
Cover and simmer until the vegetables are almost done, about 15 minutes.

Stir in
2 Cups milk
the prepared fish
1 Cup corn
Simmer until the fish is done.
This could take 5 to 10 minutes, depending upon the texture of the fish.
The fish should flake and be opaque.

Add, according to your taste, about
1 teaspoon salt
1/4 teaspoon pepper
Serve hot with crackers or toast.

Bruschetta would also go nicely with this soup.
It toasts just as well if you use the broiler.


About the sky, thanks to the folks at The Farmers' Almanac…

February 22  - The waxing gibbous Moon will be in the constellation Taurus the Bull. The “eye” of the Bull, the star Aldebaran, will be to the right of the Moon. Orion will be right below them.

February 23 - First Quarter Moon, 3:09 a.m. In this phase, the Moon looks like a half-Moon in the sky. One-half of the Moon is illuminated by direct sunlight while the illuminated part is increasing, on its way to full.

February 24 - Look for the large waxing gibbous Moon inside the “Winter Circle,” a very large asterism that we sometimes call the Winter Hexagon.

February 26 - the waxing gibbous moon will be located in front of Gemini, the Twins, Pollux and Castor.


There’s no full Moon listed in this month’s post - normally, you’d see February’s full Snow Moon. To make up for it, we’ll have another double-Moon month in March!
Posted by Margaret Ullrich at 8:10:00 AM