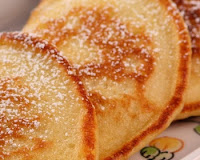 March first is a very special day for Paul and me.
No, we’re not Welsh.
We don’t have any Welsh relatives or friends, as far as I know.
It’s just that, a couple of times, a few years ago, we made some big changes in our lives at this time.

In 1975 we moved from our house in Vancouver, British Columbia to an apartment in Winnipeg.
On March 1, 1978 we moved into our first little house on the prairie.
As we'd lived in two apartments in this city, it was our third home in Winnipeg.
So Paul and I stroll down a few memory lanes on March 1.

Oh, about St. David of Wales…
He was an aristocrat from West Wales who lived in the sixth century.
In his honour many wear either a daffodil or a leek, or display the flag of St. David, which is a yellow cross on a black background.
St. David appreciated the impact of doing the little things in life.
One of his sayings: A mighty flame followeth a tiny spark.
He was a saint, not a Rhodes scholar.

Since Malta was part of the British empire until 1964, there were a lot of British recipes that became quite popular on our islands.
One such recipe is Welsh pancakes, also known as Ffroes, or Welsh crempog.

Crempog is a small thick pancake resembling a Scotch pancake and is similar to the French crèpe and the English crumpet.
Wales has a history of baking on a bakestone, a large round portable flatstone.
The flagstone was replaced by a metal plate known as a gradell (griddle), which appeared among the list of objects made by 13th century blacksmiths in the Laws of Hywel Dda.
Crempog is one of the oldest recipes in Wales.
They are traditionally eaten on Shrove Tuesday and birthdays.
They also can be served as a nice simple dessert that goes well with a cup of tea.
Well, that’s how the Brits serve tea.
To do it Maltese style, serve the tea in a glass.

Before you go to Google translate, here's the song in English:
Auntie Elin Enog
Please may I have a pancake?
You can have tea and brown sugar
And your apron full of pudding
Auntie Elin Enog
My mouth is parched for pancakes
My mum is too poor to buy flour
And Sian is too lazy to get the treacle
And my father's too sick to work
Please may I have a pancake?

Maybe I should've left out the translation...

If you don’t have buttermilk you can pour 2 ounces vinegar into a measuring cup and add enough milk to make 15 ounces. Let set a few minutes, stir, and use.

You can also add raisins or currants.

Crempoq can also be smothered with butter, and stacked in a pile. The stack can be sliced like a cake. This was served for Welsh birthdays. The wedges are also eaten as a teatime treat.

If you’d like to provide a bit of variety, you could also make
Anna Sultana’s Welsh Cakes

Heat in a medium saucepan
15 ounces buttermilk
Add
2 Tablespoons butter
Stir until the butter melts.
Gradually pour the milk and butter mixture into the the flour and beat well.
Leave the mixture to stand for at least 30 minutes (2 hours is better).

Place in a medium bowl
2 eggs
Beat well.
Stir  in
1 Tablespoon vinegar
the sugar, baking soda, and salt mixture
Pour this mixture into the flour and milk mixture.
Beat well to form a smooth batter.

Heavily grease a griddle, frying pan or a cast iron bakestone and heat well.
Drop the batter, a tablespoon at a time, onto the heated surface.
Cook over a moderate heat until golden brown on both sides.
Remove and keep the pancakes warm.
Continue this method until all the batter is used up.

Spread butter on each pancake, dust with confectioners’ sugar, and eat while warm.
You can also top the pancakes with jam, sliced banana, golden syrup, currants, powdered sugar or a chocolate drizzle.

March 1 - As the temperature begins to warm and the ground begins to thaw, earthworm casts appear, heralding the return of the robins. For this reason, the March full moon is often known as the Full Worm Moon.

Northern Native American tribes knew this moon as the Full Crow Moon when the cawing of crows signalled the end of winter. They also used Full Crust Moon because the snow cover became crusted from thawing by day and freezing at night.


The Dakota Sioux named it Moon When Eyes Are Sore From Bright Snow. The Full Sap Moon, marking the time of tapping maple trees, is a Colonial American variation. To the settlers, it was also known as the Lenten Moon. It was considered to be the last full moon of winter.
Posted by Margaret Ullrich at 5:28:00 PM