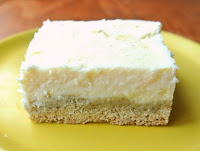 In less than two weeks it will be September.
September… Autumn… heavier meals, holiday dinners, family get-togethers.
And then there’s getting ready for the mother of all holidays - Christmas.
Yes, it feels like it was Christmas a month ago.

Time may fly when you’re having fun, but when you’re past 60, both fun and misery whiz by at warp speed.

Just the thought of the upcoming ‘festivities’ is making me nervous.
Time to follow The Golden Girls’ example and have a slice of cheesecake.

About a week ago I posted the recipe for Ma’s Quiche Lorraine.
Not a cheesecake, but a nice dairy dish.
It’s been a few months since I posted Ma’s Ricotta Cheesecake recipe.
That was back in April, and I posted it to get us through preparing our taxes.
I know, tax season feels like it was just a couple of days ago.
At this rate we’ll be doing taxes again next month.

I digress. Back to the cheesecake…
Ricotta cheesecakes give you that comforting texture with a bit less fat and calories.
For more ways to use ricotta check this post.

For us seniors time has speeded up, while our metabolism has slowed down, so we have to keep an eye on what we eat.
No problem… some of the lighter calorie foods, like ricotta, have charms of their own.
Ricotta makes a lovely cheesecake, with or without the lemon.
Be good to yourself and bake a cheesecake.
And remember to stop at one serving.

Don’t have grated lemon rind? A teaspoon of lemon extract is just as good.

Place the oven rack in the middle of the oven.
Preheat the oven to 350º F

Bake for 60 minutes, or until lightly browned and a knife inserted 2 inches
from the centre should come out clean.
LEAVE THE CHEESECAKE IN THE OVEN.
Turn off the oven and leave the door open a crack - prop it with a spoon.
Cool the cake for 30 minutes in the oven.
Remove from oven and cool on a wire rack for one hour.
Refrigerate overnight.

Before serving dust with
confectioners’ sugar
Cut into squares.

The leftover squares can be stored, covered, in the refrigerator.

Place the oven rack in the middle of the oven.
Preheat the oven to 325º F

Place in a large mixer bowl
3 large egg whites
Beat egg whites until stiff.
Using a spatula, push the beaten whites to one side.
Pour the cheese mixture into the empty space next to the beaten whites.
Fold in the beaten whites just enough to combine. DO NOT OVERMIX.
Pour into prepared springform pan and bake for 50 to 60 minutes.
A knife inserted between edge and middle should come out clean, while the middle will quiver a tiny bit.

Remove from oven and run a knife all around the inside edge of the pan.
Place pan on a rack and let cool to room temperature.
Cover and refrigerate 6 hours or overnight.
Serve garnished with, or without, fresh fruit

The leftover cheesecake can be stored, covered, in the refrigerator.

August 24 – Set your alarms for 90 minutes before sunrise to see an unobstructed view of Mercury along the horizon.

August 26 – August’s full Sturgeon Moon at 7:56 a.m.  In this phase the visible Moon is fully illuminated by direct sunlight. Although the Moon is only technically in this phase for a few seconds, it is considered full for the entire day of the event and appears full for three days.

August 27 & 28 – The Moon is now in a waning gibbous phase following a full Moon, so a daytime view is visible after sunrise the 27th in the eastern sky, and in the western sky on the 28th.


August 29 – Orion the Hunter rises before dawn and can be seen by the three stars that make up Orion’s belt. See if you can also spot the brightest star in the sky, Sirius, a.k.a., the Dog Star.
Posted by Margaret Ullrich at 3:13:00 PM