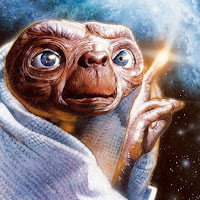 Last week I wrote about being an immigrant kid.

Trust me, it's a lot easier being an immigrant adult.

Combine the confusion over who you are with the usual crap that happens as you pass from infancy through childhood and adolescence, and it can get pretty stressful.

I don't know if it would've been any easier if Pop had paid the $10 so I could've
been a naturalized American citizen.

I guess I wouldn't have felt confused when we had to pledge allegiance to the American flag every morning.
I always felt like I was lying.
I mean, I wasn't planning anything violent.
I was a pretty well-behaved kid.
Usually on the honor roll.
I just knew it wasn't quite the truth for me.

A big part of American History is about beating the English.
Taxation without representation.
Yadda, yadda, yadda....
Yeah, American taxes are represented.
That really is helping their government pay their bills right now.

Americans are also big on citizenship.
Native-born citizenship.
I, along with Arnold Schwartzenegger, could never be president.
You have to be born in the USA for that job.
Remember when Donald Trump wanted to check out Obama's birth certificate?
Americans really believe: once a foreigner, always a foreigner.

Okay, back to being an adult immigrant.

I've lived in this house longer than I've lived anywhere else in my whole life.
It's home.
I'm settled.
And yes, I'm a Canadian citizen.

Speaking about Obama's birth certificate reminded me....
Pop passed away on the day Obama was being sworn in as president.
My mother wanted me to fly down for his funeral.

Thanks to the post 9/11 American policy, I needed a passport to enter the States.
I didn't have one.
I still hated crossing the border.
The American border guard always asked, "Where were you born?"
It was just easier to vacation in Canada.