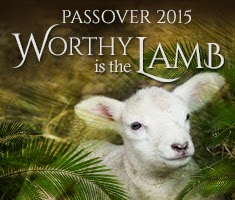 Wishing everyone a Blessed Weekend!

This is going to be quite the weekend for Jews and Christians.
Passover begins on the evening of April 3, and ends on the evening of April 11.
For Christians following the Gregorian calendar, April 3 will be Good Friday, followed by Easter Sunday on April 5.
For those following the Julian calendar, Easter will be celebrated on April 12.
But maybe they’ll be invited to a party this weekend, too.

Here in Winnipeg March 2015 has had a few extreme temperature days.
Even a couple of days of snow.
But the snow steadily disappeared and it is actually looking like Spring.

No, there aren’t any real flowers, yet.
No daffodils outside of what we can find in the shops.
But we’re grateful that the snow is gone and we can wear regular shoes.
And we’re praying that there won’t be another blizzard as we had in 1997.

A month ago I posted the recipe for Tom Collins.
It’s slightly different from a Gin Fizz, which is "fizzed" with carbonated water.
This makes it a bubbly drink.
Which might make it fun for a festive gathering.

There are Gin Fizz variations.
Some add a whole egg.
Some add either the egg white or the yolk.
Some use sparkling wine instead of carbonated water.

Place all ingredients in a shaker filled with cracked ice.
Shake well and double strain into a highball glass.
Fill with soda water  (8 parts).

About the moon this weekend…
According to the Farmers Almanac:

Before sunrise on April 4 there will be a total Eclipse of the Moon.  To see this eclipse you will need to be on one of the countries or cities located around the edge of the Pacific Ocean. Across much of the US and Canada, this eclipse will coincide with moonset; the farther west you go, the more of the eclipse you will see.

Alaska and Hawaii will have an excellent view as the eclipse will occur in the middle of the night. This eclipse is called one of the shortest — totality lasts less than 5 minutes. The partial phase is visible everywhere in North America, except parts of Maine and the Canadian Maritimes.

On April 4 there will be a Full Moon, called the Full Pink Moon. This name came from the herb moss pink, or wild ground phlox, which is one of the earliest widespread flowers of the spring.


Other names for this month’s Moon include the Full Sprouting Grass Moon, the Egg Moon (if before Easter), and among coastal tribes, the Full Fish Moon, because this was the time that the shad swam upstream to spawn.