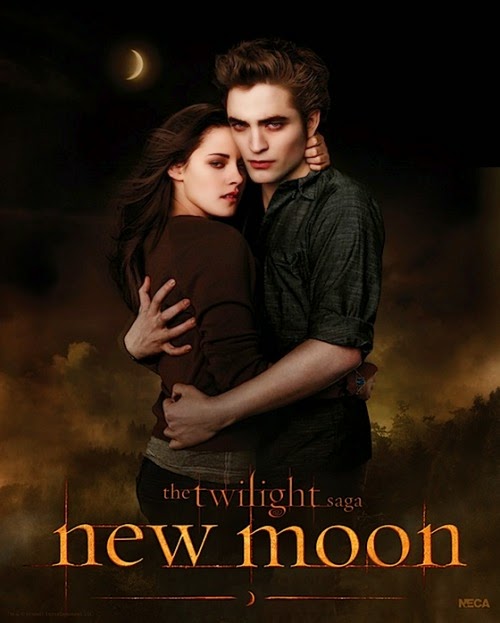 I’m feeling a little melancholy about this new moon.
It’s the last major moon phase I’ll see while I’m 64.
When the full moon comes on May 3, I will be 65.
Well, actually, 65 years and two days.
A SENIOR CITIZEN.

In July, 2010, I posted about how my turning 60 had affected our finances.
We’d just had our annual chat with our financial advisor.
After she found out I had passed 60 she gave me a belated birthday gift.
Their super duper Plan 60 Account.

I was feeling a bit over the hill.
Wrinkled, saggy, less energy… you get the picture.

But, what time taketh away, banks and businesses giveth.
After she casually mentioned that, since I was 60 and could get both of us discounts for shopping and travelling, I saw a gleam in my husband's eye.
I hadn’t seen that gleam since… well, never mind.

After May 1 I’ll qualify for ALL senior discounts.  Yeee.. ha!!!
Turning 65 is a milestone that gets special days at the stores.
Hey, even the government has extra tax deductions for the over-65 crowd.
Anyway... becoming a senior citizen beats the alternative.

A hottie like Kristen Stewart looks great on posters.
But we older gals have - and receive - something a little extra.
We are an instant discount for everything near and dear to our husbands' hearts.
And that's something they can take to the bank.
So, it calls for a celebration.
A glass or two of Champagne would do the trick.

Champagne (or sparkling wine) is always served cold.
It is usually served in a glass that has a long stem with a tall, narrow bowl.
The other glass - the one they usually have on anniversary cards - ruins the wine.

A bit of trivia…
The flat glass that looks like a bowl is called a Victorian coupe.
According to legend, it was designed using a mould of Marie Antoinette's left breast as a birthday present to her husband, Louis XVI.
That girl knew how to par-tay!!

Are you turning 65, too?  Why not go fancy and make a Cocktail.
Cocktails became less popular in the late 1960s and through the 1970s.
They got popular again in the 1980s, with vodka often replacing gin.
Traditional cocktails began to make a comeback in the 2000s.
So Cocktails have a history.
As do we seniors.  Celebrate!!!

Variation:
Kir Royal, served in a flute glass, is made with champagne instead of white wine.
It’s easy to make.
If it's the end of the month, it can be topped up with white wine.
I'll bet that's what the French would do after they had paid their taxes.

About the moon this weekend…
According to the Farmers Almanac:

On April 18 there will be a New Moon, with Venus at the point in its orbit where it is closest to the sun.

On April 19 Mercury and Mars can be seen very near the Moo in the west-northwest. Mercury is also at the point in its orbit where it is closest to the Sun.

April 21 look to the west-northwest to see the waxing moon forming a trio with the red star Aldebaran and Venus about an hour after sunset. The Lyrid meteors will reach their maximum during the night when about 15 to 20 “shooting stars” per hour might be seen.  The Lyrid can be seen from April 16 to 25.

Getting an early start on your garden?
Plant flowers and vegetables that bear crops above ground during the waxing moon, from the day the Moon is new to the day it is full.
Posted by Margaret Ullrich at 7:26:00 AM