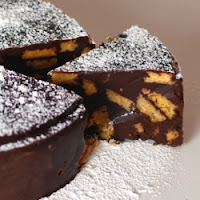 Today is Queen Elizabeth’s 90th birthday!
She looks fantastic, God bless her!
They’re having quite the celebration in London.
She looks like she’s enjoying the party.

We’ll just have to make do with watching the fun events on the television and reminiscing about when the Queen and Prince Philip visited Winnipeg in 2002 and 2010.

The 2002 visit didn’t go quite as planned.
That water taxi broke down mid-river and had to be towed by another boat which was carrying her security detail.
Paul and I, along with a few hundred people, were waiting for her on the St. Boniface shore.  Some of the youngsters were in their Folklorama costumes.
We were being witnesses to History… more or less.
Since there wasn't any real danger, we just watched and, truth be known, giggled a bit about how the best laid plans often go awry.

The Queen was a good sport about it.
All she said was "That was interesting," as she was helped from one boat into the other to reach shore.
What a trouper she is!

We were quite thrilled when they decided to return to Winnipeg in 2010.
They didn’t go for another water taxi ride.
Perfectly understandable.

I've always admired Queen Elizabeth.
She just keeps going and nothing gets her down.

In honour of her birthday I made a Queen Elizabeth Cake.
The same one I made in 2012 when we celebrated Queen Elizabeth's Diamond Jubilee.
It’s a delicious Date and Walnut Cake with a Brown Sugar Coconut Topping.

Over the years I’ve posted a few other royalty inspired recipes:

In keeping with that tradition, I’m posting another royalty-linked recipe today: Chocolate Biscuit Cake.
Prince William, the second in line to the throne, had requested that the cake, a favourite tea time snack of the Queen’s, be served at his wedding brunch.
It’s nice to know that a favourite recipe of the Queen’s is an easy no-bake cake.
Hope it becomes a favourite of yours, too!

Slide a knife around the inside upper edge of the cake to help the sides come away.

If you don’t plan to serve the cake immediately you can refrigerate it until needed.

Instead of the confectioners’ sugar you can decorate the top with squiggles of melted milk or white chocolate.

This cake is very rich. Serve it in small slices - you can always have seconds!

Place in a heat-proof bowl
1 Cup heavy cream
2 Tablespoons honey
4 Tablespoons butter
Microwave for 1 1/2 to 2 minutes, or until bubbling.
Add
2 1/2 Cups bittersweet chocolate chips
Stir until melted and smooth.
Fold in
1 teaspoon vanilla
the biscuit pieces
Spoon the mixture into the prepared pan.
Gently tap the pan on the counter to eliminate any air pockets.
Smooth the top with the back of the spoon.
Refrigerate for 3 hours, or until thoroughly chilled.

About 1/2 hour before removing the cake from the refrigerator, prepare the glaze

Place in a small saucepan
2 tablespoons butter
1/4 Cup heavy cream
Stir over medium heat until the mixture reaches a boil.
Take the pot off the heat and stir in
1 Cup bittersweet chocolate chips
Stir until the chocolate is completely melted and the mixture is smooth.

Pour the glaze evenly over the cake, letting the glaze drip down the sides.
Smooth with a spatula or butter knife.
Let the glaze set about 30 minutes before you serve.
Dust with
Confectioners’ sugar (optional)

This month, the annual Lyrid meteor shower will reach maximum activity between 2 a.m. and 5 a.m. local time in the Northern hemisphere on the morning of April 21-22.

The radiant point of this shower is near the bright star Vega in the constellation Lyra the Lyre (or Harp), hence the name “Lyrids.” The source of the meteor shower is the Comet Thatcher. Every year in April, Earth passes through through Thatcher’s dusty tail of comet debris, some particles of which are no larger than a grain of sand. When they hit the Earth’s atmosphere traveling at 110,000 mph, they disintegrate as “fireball” streaks of light that linger for minutes.
The Lyrid meteor shower has the distinction of being among the oldest of known meteor showers with records dating back over 2,500 years.

Usually when meteor showers occur so close to a full Moon (April’s Pink Moon will be astronomically full on the 22nd)  they can be “drowned out” by the Moon’s glare. However, this Moon may not be as bright, so look to the northeast in the late evening and you might catch a few!

On April 22 enjoy the full moon, if you can.
April is known for its showers and ever-warming temperatures, but it is also known as a month when spring flowers begin to show up. Herb moss pink, or wild ground phlox, is one of the earliest widespread flowers of the spring. As the name infers, the flowers are pink in colour, thus the name for April’s full moon.


This pink moon has also been called: the Full Sprouting Grass Moon, the Egg Moon, and among coastal tribes, the Full Fish Moon, because this was the time that the shad swam upstream to spawn.
Enjoy the video!
Posted by Margaret Ullrich at 7:23:00 PM