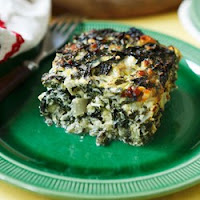 Back in 2012 I posted about when my folks had visited us in 1993.
It was August and Folklorama was in full swing, so we took them to enjoy the show and food at the Greek pavilion in St. Demetrios Greek Orthodox Church.
I’d still swear that Nia Vardalos was one of the performers that night.
So, anyone who went to the Greek pavilion back then could say they’ve seen Nia and, through Folklorama, they’re one degree of separation from Tom Hanks and Rita Wilson.
Ah, Winnipeg… land of the stars!

When we visit the Greek pavilion, and whenever we find a Greek restaurant or place in a food court, I love to get spanakopita.
It is a bit of a job to make as the filling is wrapped in phyllo dough or puff pastry.
To make phyllo nice and crispy you have to smear butter or olive oil over the layers.
I try to keep it to a monthly treat.
The pastry wasn’t a dietary problem when I was younger.
Now… problem.

Okay, let’s think this through…
Adjustments in everything must be made as one gets older.
And adjustments sometimes have to be made to recipes.

In a way spanakopita is like the Maltese recipe Timpana, a macaroni casserole with an layer of puff pastry on top.
For those who are cutting back on carbs there’s a variation which doesn't have the pastry, Imqarrun il-forn.

If you’d like to have a meal without doubling up on the quiche, serve with a salad.
All you need to turn a tomato salad into a Greek salad is to add sliced cucumber, a bit of red onion and a few kalamata olives, then dress it with olive oil.
You could top it with some crumbled feta cheese.
A glass of ouzo would be nice, too.

Want to avoid the eggs and dairy?
You can also make a vegan version of quiche, which is usually eaten during the Great Lent and other religious fasts.
It is made with spinach, onions or green onions, and green herbs like dill, parsley or celery, olive oil and a little wheat flour.
The mixture is then oven-baked until crisp.
You can also use tofu instead of cheese.

This can also be made with less spinach, just top off the vegetable part with leeks, chard and / or sorrel.

These substitutions would also work in a spanakopita.

Thaw in a bowl
600 grams frozen chopped spinach
Squeeze and drain off the liquid and set the spinach aside.

Crumble into a measuring cup
Feta cheese
You need to have 4 Cups of crumbled cheese.
Set  aside.

Place in an 8 inch square pan
2 Tablespoons butter or margarine
Place the pan in the oven to melt the butter, about 2 minutes.
Remove the pan and swirl the butter around to cover the pan’s bottom and sides.
Set aside.

While the pan is in the oven, place in a large mixer bowl
3 large eggs
Beat until mixed.
Add
1 Cup flour
1 Cup milk
1 teaspoon baking powder
Beat until blended.
Stir in
the drained spinach
the crumbled feta cheese
1/2 teaspoon nutmeg
1/2 teaspoon pepper
1 Tablespoon dried minced onion (or 2 teaspoons onion powder)
Stir until blended.
Pour the mixture into the prepared pan.
Bake 35 minutes.
Remove pan from the oven and let stand 15 minutes.
Cut into squares and serve.
Posted by Margaret Ullrich at 11:20:00 AM