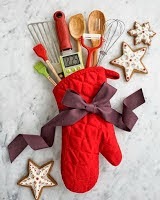 Back in 2002 I wrote an essay for the CKUW radio show ‘2000 & Counting' about getting Christmas gifts.
Goodness, that was seventeen years ago, and a month before Christmas.
It was a meant as a light piece, filled with hints.
Many of our listeners were seniors or college students, folks known for having to stretch their dollars.
Christmas shopping hasn’t changed all that much.  Darn!!

There’s less than ten days left until Christmas 2019.
If you’re not finished with your shopping this is definitely crunch time!

Okay… listen up!  There are four weeks left until Christmas.  That means gifts.  I know, I know, it's more blessed to give than to receive.  But, unless you have ways of shopping that you'd like to keep secret, giving gifts means money.

It's a little late to start a Christmas gift account at your bank and the utility companies really lose that Ho Ho Ho spirit if you try to skip paying their bills.
If the charge cards are already maxed out - or you just want to keep your nearest and dearest on a cash and carry basis - gift getting is going to take a little effort.

Live off your hump.  You know what I mean.  Things like the 18 cans of tuna you have left from the time you bought 20 cans so you could get 50 bonus airmiles.  Now's the time to crack those babies open.  I know the family hates tuna.  That's why there are 18 little cans of fishies swimming around your pantry.  Well, the family would hate a Giftless Christmas even more.  Think about it.  Lousy dinners happen to everybody.  But the family Grinch who comes up giftless at Christmas gets blabbed about throughout the neighbourhood and the generations.  You don't want to be remembered by your great great grandchildren as Granny Grinchie.

Try creative cooking.  Pretend you're on the TV show Iron Chef.  You've just been given a tube of ground beef, a bag of marshmallows, a jar of salsa, a bottle of raspberry vinegar, a carton of frozen spinach, a jar of maraschino cherries and a box of rice-a-roni.  Think only a nut throws odd things together?  How do you think raspberry vinegar was invented?  If the family gets snarky, tell them you found the recipe in a magazine - Drop names.  Martha is always good - and if they can't appreciate all the effort you put into making dinner interesting… Well!  You know the speech.  Remember, guilt, when the other person has it, is a good thing.

Go ethnic.  Granny's recipes don't have to be saved for Folklorama.  God bless ancestors.  Go to an ethnic restaurant and get a load of the prices they charge for a plate of pasta fagioli (that's noodles and beans).  Grandma would die laughing if she saw those prices.  Starch and beans got millions of people through tough times.  Go thou and eat likewise.
Beans aren't good enough?  Go past the recognizable cuts and shop the mystery meats.  Put enough spices on them and the family won't know what hit them.  I once made spaghetti and meatballs using animal organs only a mother could love.  Guess what?  Hubby had invited a friend.  Well, the buddy was getting a free meal, so I followed the Cook’s Golden Rule: Don't apologize and don't explain.  The buddy said it was delicious, like the meatballs they serve at the Bay.  Hmmm…  I notice the Bay is still in business.  There's more than one way to skin a cat.
Shop your house.  No kidding.  Grab a bag and stroll through your house.  Look for things somebody foisted… uh… gave to you.  Well, why should you be stuck with it until you're six feet under?  Unless it was made by your preschooler - don't even think it, they DO remember - you're free to pass it on to someone else.  Just don't give it to the person who gave it to you.
Pack your own.  Ever notice the little overpriced goodies the stores stuff into baskets and bowls?  One current gift item is a box of pasta, a tin of sauce, some cheese and some wooden spoons nestled within a large bowl.  Are you too stupid to do the same thing?  I didn’t think so.  It's one way to get rid of some of those extra airmiles purchases.  Let somebody else eat the tuna.

Still thinking about the folks in the flyers looking wildly happy over a toaster?
Toss the flyers.  Those models were paid big bucks.  Stores want you to buy.  A stress free family holiday is not their goal.  If they had their way you'd replace everything and pay 50% interest.
Remember how the best presents were things that showed that someone cared?  Maybe somebody hunted down an out-of-print book by your favorite author.
The gadgets that looked amazing seem strange on December 26.

While you're shopping, get yourself some treats.
I have a friend who picks up a bag of pfeffernusse cookies every year.  When she feels like all she's doing is giving, giving, giving, she pops a pfeffernusse and gives herself an old time Christmas.  It doesn't take much.

God bless us, everyone.