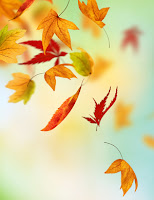 Yes, I know I've been working on it for three months, more or less.
Summers in Manitoba or short.

So last month we enjoyed a summer vacation in Ottawa.
We had a wonderful time.

And now it's September...
Autumn foliage is beautiful, one of the wonders of nature.
Well, no, autumn foliage is not so hot here in Manitoba.
Manitoba tends to leap from summer to fall over a matter of hours.
Blink and you can miss it.
Here all the leaves turn to various shades of brown.
Then they fall, like lemmings leaping to their doom.
Autumn in Manitoba is like walking in mush.
Yeah, autumn in Manitoba, unlike autumn in New York, is nothing to sing about.

So Paul and I took an autumn vacation in Minnesota.
The foliage there was gorgeous, and a wonder to behold.
We took a train ride along a river to enjoy the foliage.
The train ride was a brilliant idea - neither of us had to drive.
We were both enjoying the changing seasons.

Before we left I had filled another whole big blue roll out cart.
One more cartload of recyclable stuff should do it.
I'm not in a race.
It will get cleared.

Maybe the junk tossing out that I've already done is having an effect.
Like the Chinese proverb said:
If you want to change your life, move 27 things in your home.
I've tossed out more than 27 things.
As a result, my life is changing.
We're travelling more.
And that's a change.
So the Feng Shui tossing and moving I've done is having an effect, right?

About tomorrow's full moon...
According to the folks at astrology.com:
Full Moons, especially in sensitive Pisces, are well-known for their power to strengthen emotions… Add intense Pluto's change of direction… you have a potent mixture of energies that may leave you feeling overwhelmed…
use this time to sit quietly, reflect, and regroup…through it all, simply breathe!

Sit quietly, reflect, regroup and breathe.
Okay, I can do that.
Along with tossing junk out at a nice slow pace.
Don't want to feel overwhelmed, right?