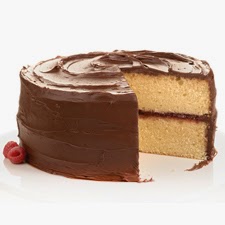 A few years ago I got a few e mails asking if I had the recipe for the Co-Op Refrigerator Cheesecake that appeared on the Co-Op milk cartons during the 1960s.
No surprise that the company had a great recipe that used their product.
Duh… would they have a crappy recipe?

Just got another e mail asking about Loretta Lynn’s cake.
Back in the 1980s Loretta Lynn had been featured in a Crisco ad.
The Coal Miner's Daughter was quoted saying:
Crisco’s the recipe for cakes this light, frosting this creamy…
I’ve told folks that I wouldn’t bake without my Crisco.  ‘Cause Crisco’s what I trust to make my cakes rise up this high and light, my frosting to turn out this creamy… But don’t you go using anything but Crisco if you want it to taste like mine.
Crisco’ll do you proud everytime.

Well, alrighty then.
Who’s going to argue with Loretty?
Luckily I still have a few old magazines.
And, in quite a few, there was the smiling face of The First Lady of Country Music and her recipe.

This recipe calls for cake flour.
Don’t have cake flour?  No problem.
I included a recipe for Homemade Cake Flour Substitute in the Anna Sultana’s Crumb Cake post a few days ago.
Coincidence or what?

Maybe this was a salute to Loretta’s simpler life…
The recipe said:
Beat at medium speed for 2 minutes, or beat vigorously by hand for 300 strokes.
Doesn’t that just sound like it was written by The Coal Miner's Daughter?

I just wrote about the mixer.
I mean, this is the twenty-first century.

Another sentimental favourite is Eaton’s original Red Velvet Cake.
Memories….
Posted by Margaret Ullrich at 6:10:00 AM